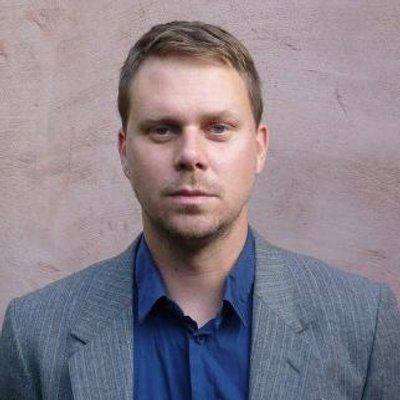 Dr. Sandro Gaycken joined ESMT European School of Management and Technology as a senior researcher and a former “hacktivist” with a focus on cyber warfare and cyber espionage.

Dr. Sandro Gaycken is a technology- and security-researcher, exploring the nexus of digital technology, economies and politics. Sandro’s research focus is on cyberwarfare, cyberdefense, cyberintelligence, and high security IT. He is a strong advocate of disruptive innovation and regulation in IT-security, proposing to solve the more high-end cyber problems through high security IT concepts from computer science, employing a range of industrial policies and economically beneficial market and investment strategies to overcome persistent market and policy failures.

Sandro has published more than 60 articles and books on his topics, regularly writes op-eds in leading newspapers and has authored official government publications. He is a fellow of Oxford university’s Martin College, in the working group on cyberdefence and cyberintelligence, a director for strategic cyberdefense projects in the NATO SPS Program, a member of the benchmarking group for „Industrie 4.0“ standards for the German Ministry of Research BMBF, the director of the cybersecurity working group and associate fellow of the German Council on Foreign Relations (DGAP), a senior fellow at EastWest Institute, and he serves as CTO in a German industrial effort to bring high security IT to the „Industrie 4.0“ universe.

He served as a strategist in the first design of a German Foreign and Security Policy on IT-matters, having been the lead-author of the Internet freedom and the cybersecurity/cyberdefence part of the policy, defining some first proposals for German Cyber Foreign Policy, and lead-authoring the first speech given by a German Minister of Foreign Affairs on Internet matters. He also served as a commentator for Germany’s position in the UN GGE work on international cybersecurity, and addressed the UNO general assembly ambassadors in New York in their first session on international cyberpeace. He testified as a subject-matter expert in many hearings in the Bundestag and a range of ministries, provided strategic advice to NATO, UNO, G8, EU, IAEA, and a few other governments. He has served as a principal expert witness in international court cases concerned with military cyber espionage and cyber sabotage, and is involved in military cybercounterintelligence activities.

Apart from government engagements, Sandro consults medium and large enterprises in the fields of IT, IT-sec and defense, serves as an advisor in one of the largest security funds, and authored eight major industry studies on strategic economic research and development in cybersecurity and cyberdefence, including an OS survey on the evolving global cyberdefence industry, a study on cloud security in banking and finance, and the development of insurance models and methodologies for the German insurance industry.

Dedicated to an informed democratic discourse, Sandro gives many public talks and takes pride in writing not only hard science, but also popular science books and articles. He also serves as a regular commentator on IT-related incidents in the press with appearances and guest reports in a number of outlets such as N24, Tagesschau, Heute Journal, Die Zeit, Handelsblatt, Financial Times, Süddeutsche Zeitung, Der Spiegel, Deutsche Welle, Wired, The Times, NBC, Vanity Fair, The Voice of Russia or Al Jazeera.