IT-Related Changes Are No. 2 Business Priority; Highest Ranking Since Launch of CEO Survey

Product improvement and technology are the biggest-rising priorities for CEOs in 2017 (see Figure 1). “IT-related priorities, cited by 31 per cent of CEOs, have never been this high in the history of the CEO survey,” said Mark Raskino, vice president and Gartner Fellow. “Almost twice as many CEOs are intent on building up in-house technology and digital capabilities as those plan on outsourcing it (57 per cent and 29 per cent, respectively). We refer to this trend as the reinternalisation of IT — bringing information technology capability back toward the core of the enterprise because of its renewed importance to competitive advantage. This is the building up of new-era technology skills and capabilities.” 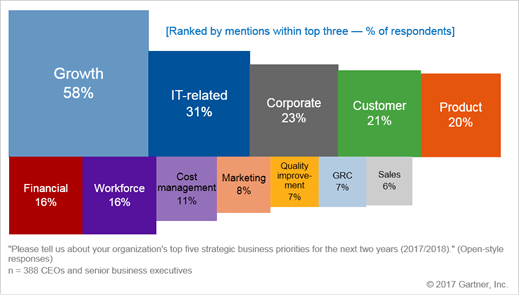 While the idea of shifting toward digital business was speculative for most CEOs a few years ago, it has become a reality for many in 2017.

Forty-seven per cent of CEOs are being challenged by the board of directors to make progress in digital business, and 56 per cent said that their digital improvements have already improved profits. “CEO understanding of the benefits of a digital business strategy is improving,” said Mr Raskino. “They are able to describe it more specifically. Although a significant number of CEOs still mention e-commerce or digital marketing, more of them align it to advanced business ideas, such as digital product and service innovation, the Internet of Things, or digital platforms and ecosystems.”

CEOs have also progressed in their digital business endeavours. Twenty per cent of CEOs are now taking a “digital-first” approach to business change. “This might mean, for example, creating the first version of a new business process or in the form of a mobile app,” said Mr Raskino. “Twenty-two per cent are taking digital to the core of their enterprise models. That’s where the product, service and business model are being changed and the new digital capabilities that support those are becoming core competencies.”

Half of CEOs Have No Digital Success Metric

Although more CEOs have digital ambitions, the survey revealed that nearly half of CEOs have no digital transformation success metric. “For those who are quantifying progress, revenue is a top metric: Thirty-three per cent of CEOs define and measure their digital revenue,” said Mr Raskino.

Deeper transformation can only be achieved at scale if it is systematically driven. “CIOs should help CEOs set the success criteria for digital business,” added Mr Raskino. “It starts by remembering that you cannot scale what you do not quantify, and you cannot quantify what you do not define. You should also ask yourself: What is ‘digital’ for us? What kind of growth do we seek? What’s the No. 1 metric and which KPIs must change?”

Many CEOs have recognised that being open-minded, entrepreneurial, adaptable and collaborative are the most-needed digital leadership mindsets. “It is time for CEOs to scale up their digital business ambition and let CIOs help them set and track incisive success metrics and KPIs, to better direct business transformation. CIOs should also help them toward more-abstract thinking about the nature of digital business change and how to lead it,” concluded Mr Raskino. “The disruption it brings often cannot be dealt with wholly within existing frames of reference.” 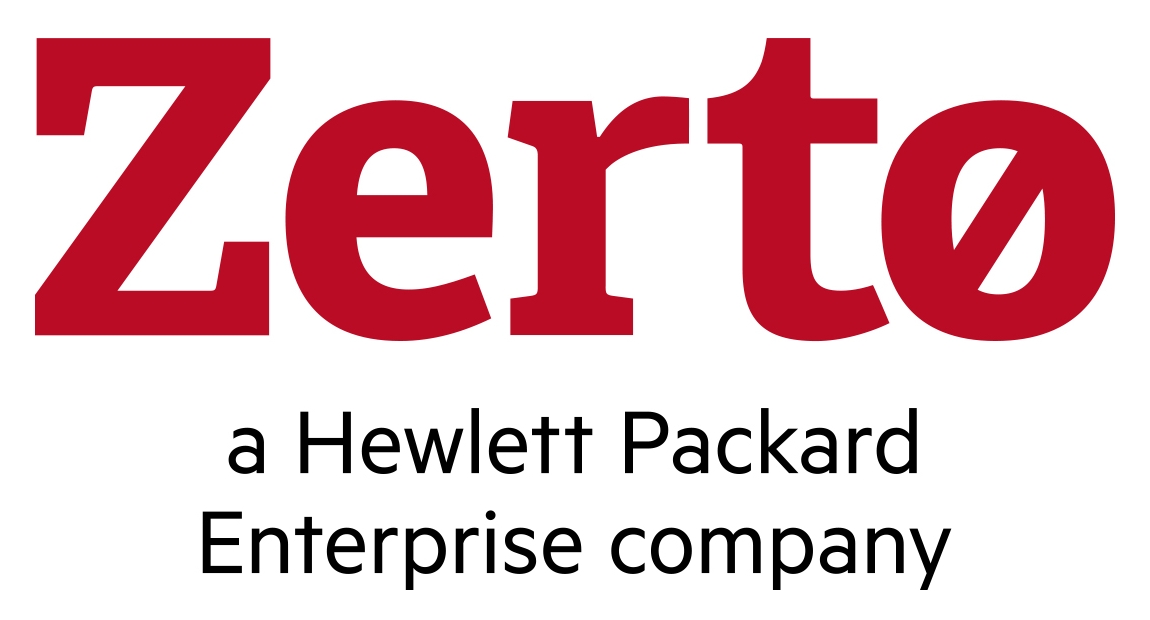