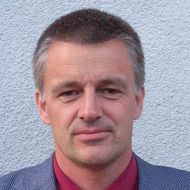 Christoph Busch is member of the faculty computer science and media technology at the Gjøvik University College (GUC), Norway. He holds a joint appointment with the media faculty at Hochschule Darmstadt (Darmstadt, Germany).

He received his PhD in the field of computer graphics in 1997. In the same year he joined the Fraunhofer Institute for Computer Graphics (Fraunhofer IGD) as head of the department Security Technology. Prof. Dr. C. Busch has since been responsible for the acquisition, the management and the control of various applied research and development projects.

On behalf of the German Federal Office for Information Security (BSI) he has been the responsible project coordinator for the project series BioIS, BioFace and BioFinger, BioKeyS Pilot-DB – all projects dealing with biometric applications in general and performance and security testing in detail. In 6th EU research program he was initiator of the Integrated Project 3D-Face and is currently in FP7 partner in the EU-projects TURBINE and BEST Network.

Moreover Christoph Busch is co-founder and chair of the CAST-Forum that was established in 1999 and assembles in the meantime more than 200 institutional members (www.cast-forum.de).

Since 2002 Christoph Busch is a member of the steering committee of the BIOSIG special interest group on Biometrics within the Gesellschaft für Informatik (GI). He was elected as chair of the group in 2008.