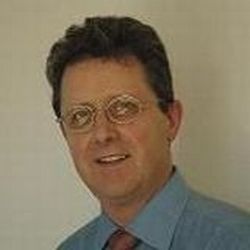 2000-2016 teaching courses as a lecturer at Zurich University of Applied Sciences in the study program Computer Science, in the focus area “enterprise computing”. Courses include ICT infrastructure management, communication networks, network security & operation, computer systems and intranet services. He is a lecturer in various other study programs, seminars and courses at ZHAW. Participation in different projects of the Institute for Applied Information Technology (InIT) at the School of Engineering in Winterthur, Switzerland. Development and introduction of a large virtual system infrastructure (private cloud) at InIT for teaching and student exercise. IaaS-infrastructure for projects and bachelor-thesis

He has a diploma as a lic. phil II from the University of Zurich. Prior to joining ZHAW, he has started his career in the world of computer science as a system analyst at Wang Computers, where he also was involved in product marketing and pre-sales support. After this, he spent 12 years in different roles in the ICT-Department of a large Swiss bank, where he acted as team-leader for the Information-Center Europe and was involved as ICT architect and strategist in the Private Banking division. Since 2000 he is working as lecturer and ZHAW, where he also acted as Program Director of the study program “Enterprise Computing” from 2000-2008. Since 2008 he also works as CEO and independent consultant at Sinixt GmbH.